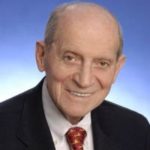 Sherman H. Krevolin was a principal at Neubert, Pepe & Monteith from 2010 until his passing in 2013. He was a distinguished practitioner in the areas of estate planning, personal income tax planning, retirement programs and probate law and business law. Prior to joining Neubert, Pepe & Monteith, Attorney Krevolin was a founding principal at the New Haven firm of Krevolin & Donato.

Attorney Krevolin served in the United States Army from 1954 to 1956. In later years, he served his community as President of the New Haven Jaycees and the B’nai Jacob Synagogue. In addition, he was a board member of the Woodbridge Country Club and Deputy Town Meeting Moderator for the Town of Orange. 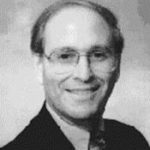 Eric I.B. Beller was a principal at Neubert, Pepe & Monteith from 2001 until his passing in 2002. He concentrated his practice in health law, managed care law, physician contracting and regulatory compliance. He also counseled in the environmental aspects of real estate transactions.

Born in New York City, Attorney Beller graduated from the Bronx High School of Science in 1967 and went on to graduate with honors from Harvard University in 1971. He earned his J.D. from Yale Law School in 1978. In his early legal career, Attorney Beller worked in Philadelphia as a judicial law clerk for the Honorable Norma L. Shapiro of the U.S. District Court, as staff attorney with the Public Interest Law Center of Philadelphia, and with the Philadelphia District Attorney’s Office.

Upon returning to Connecticut in 1984, Attorney Beller served as a visiting assistant professor of law at Quinnipiac College School of Law. He began working in private practice in New Haven in 1985, first with the commercial law firm of Arthur Sachs, Esq. He then was principal of the Law Offices of Eric I. B. Beller, P.C., later known as Beller, Goldstein & Allentuch, P.C.