by Gretchen Randall and Emily Souza

On January 2, 2018, a Hartford superior court judge granted summary judgment in favor of a Connecticut hospital on a plaintiff’s negligence claims. The plaintiff alleged that she had suffered injuries due to a fall that occurred while she was an inpatient at the defendant hospital.

Representing the hospital, Gretchen G. Randall and Emily McDonough Souza moved for summary judgment on statute of limitations grounds pursuant to General Statutes § 52-584. After briefing and oral argument, the Court issued a decision granting the motion in its entirety. Finding that the undisputed material facts established that the plaintiff suffered actionable harm on February 10, 2015, the Court concluded that she should have brought the action within two years and ninety days of the alleged fall, accounting for both the statute of limitations and an extension of time previously granted by the Court. Because the plaintiff did not place the summons and complaint in the hands of the marshal until May 22, 2017, the Court held that the action was time-barred and that no tolling doctrine applied to save the case. 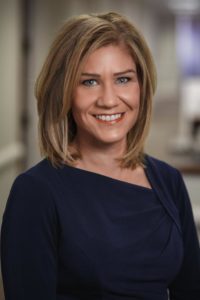