On March 21, 2017, after five years of litigation, a New London Superior Court judge granted summary judgment in favor of a Connecticut hospital and an obstetrician as to the plaintiff’s claims that those defendants were negligent in their prenatal care of the patient. Plaintiff claimed that the defendants’ alleged negligence caused her infant son to suffer a type of brain damage known as periventricular leukomalacia. Plaintiff claimed that her son has been left with permanent and severe neurological deficits.

Representing the hospital and the obstetrician, Michael D. Neubert and Adam V. Maiocco successfully demonstrated, through the deposition testimony of plaintiff’s obstetrical expert and several fact witnesses, that the plaintiff lacked credible evidence of negligence as it pertained to their clients. Notably, as it relates to the hospital, Attorneys Neubert and Maiocco previously obtained partial summary judgment on November 24, 2015, thereby eliminating plaintiff’s claims that the hospital was vicariously liable for the alleged negligence of several co-defendant obstetricians who were alleged to be agents of the hospital. The most recent motion disposed of the remaining claims of nursing negligence against the hospital 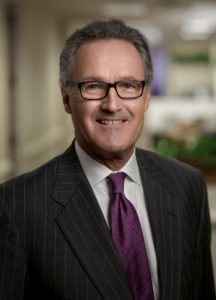