Attorney James S. Brownstein was called upon by members of a well-known New Haven family to mediate a five-plus years-old dispute which had prevented the sale of the Quinnipiac River Marina and surrounding properties.

After reviewing the lengthy history resulting in the impasse between the parties, Attorney Brownstein came up with a new perspective and outlined a global proposal to resolve all issues between the parties. All parties ultimately accepted the proposal’s terms which led to the sale of the Marina and surrounding properties for a low seven figure price. This successful transaction allowed the parties to pay off their creditors, both secured and unsecured in full or in large measure, and finally put an end to the ongoing dispute which had raged for five plus years between the parties.

The Marina’s Chief Operating Officer described the sale as a “wonderful accomplishment” that ended a difficult chapter and allowed all parties to move forward with a fresh outlook for the future. The individual and her family members were particularly grateful to Attorney Brownstein, whose ability to “think out of the box” led to the resolution of the dispute and ultimately to the sale of the marina and related properties. 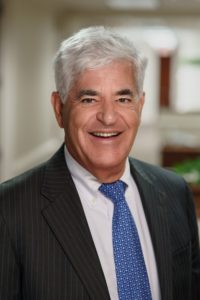 James S. Brownstein, an attorney with over 45 years of experience and a partner at Neubert, Pepe, & Monteith, P.C., practices in the areas of creditor rights, business law, commercial and real estate financing, general commercial law and related litigation. An experienced practitioner, Jim advises small to mid-sized companies and has a reputation for innovative thinking and finding ways to resolve issues when others cannot. His clients represent diverse industry areas including medical, transportation, retail oil sales, insurance, manufacturers, and real estate investment companies. Generally, his clients are companies with a million per year in sales up to ten to twelve million per year in sales.