“(b) Operating: In the event Borders, Inc. or fifty percent (50%) of the other retail space in the Center, excluding Tenant, are not open and operating, Tenant shall be entitled to abate Minimum Annual Rent and in lieu thereof pay five percent (5%) of Gross Sales, not to exceed the Minimum Annual Rent otherwise payable in the absence of this paragraph, until the tenants meeting the foregoing requirements [emphasis added] are again open and operating.” [P.1-2]

Borders, after filing for bankruptcy, abandoned its lease in May 2011. In reliance on the co-tenancy operating provision, two months after Borders vacated, Tenant commenced paying 5% of Gross Sales rather than Minimum Annual Rent.

Not surprisingly, Landlord brought suit alleging three causes of action: 1) breach of lease; 2) anticipatory breach; and 3) unjust enrichment. Tenant had the matter removed to federal court and both parties filed for summary judgment. Landlord’s primary position was that the word “tenants” in the operating co-tenancy provision meant that it could replace Borders with any other similar retailer. Tenant argued to the contrary that the lease “unambiguously” permitted the abatement of rent if the named tenant “Borders” was not open and operating.

After discussing at some length the law of contract interpretation (including a discussion of the use of the word “or”) and dismissing a string of Landlord posited linguistic interpretations, the Court concluded that the lease language was in fact unambiguous. Pursuant to the clause, the Landlord only had the right to collect Minimum Annual Rent if Borders was open and operating. “[T]he plain language of the Lease dictates that Ann Taylor may pay abated rent until the tenant meeting the foregoing requirement is again open and operating. The only tenant who could fulfill such a request is Borders Inc.” [P.5] No other tenant or other use could substitute for Borders.

The Landlord also argued that the rent abatement would create an $800,000.00 windfall to the Tenant that no reasonable owner would ever have agreed to. In support of this argument, the Landlord sought to introduce parole evidence from the president of the Landlord’s predecessor as well as the predecessor’s attorney, who drafted the lease. In depositions they stated that it was never their intention to preclude a substitute tenant for Borders. The Landlord’s argument and all extrinsic evidence were rejected because the Court found the lease language was unambiguous and, therefore, extrinsic evidence could not be considered as a matter of law.

The Court stated that it would not “unmake a deal agreed to by two sophisticated parties.” Accordingly, the Tenant neither breached nor anticipatorily breached the lease. As to Landlord’s unjust enrichment claim, the Court simply dismissed it holding that such a cause of action is dependent on the absence of a valid contract. As the lease was valid, there was no unjust enrichment.

If the Court’s decision was not bad enough for the Landlord, there was one final insult to injury. The Court awarded the Tenant costs, expenses and attorney fees as the “prevailing party” based upon the attorney fee clause in the lease.

By interesting contrast, the more recent Grand Prospect Partners case also dealt with opening and operating co-tenancy provisions with the landlord faring somewhat better. In Grand Prospect Partners, the lease conditioned the opening of the tenant’s store and the payment of rent on another major tenant (Mervyn’s) being open. Prior to the tenant’s opening date Mervyn’s filed for bankruptcy. The tenant neither opened nor paid rent. A further provision allowed the tenant to terminate the lease if the co-tenancy failure continued for twelve months. After twelve months the tenant elected to terminate the lease. The landlord then sued but, unlike the landlord in Kleban, the landlord argued explicitly that the co-tenancy provisions were unenforceable as both unconscionable and a penalty. The trial court agreed and, after a jury trial, awarded substantial damages.

The rental co-tenancy provision, however, was a different matter. Relying on existing California precedent, the Court found that unlike termination provisions, California law required an analysis of whether the rent abatement provision bore any reasonable relationship to the harm anticipated by the tenant. If no reasonable relationship existed, it would be an unenforceable penalty. Since the record disclosed that the tenant did not actually anticipate suffering any harm as a result of Mervyn’s closure, the rent provision was held unenforceable due to the lack of any reasonable relationship to the anticipated harm to be suffered. However, because the lease termination provision was held to be enforceable, the Court awarded the landlord one year of rent as damages plus attorney fees. Had there not been a termination provision, it seems likely that the Appellate Court would have sustained the original trial court holding of substantial damages. Despite its holding, even the Court may have been concerned with the breadth of its decision. In the opinion’s opening lines it states: “This opinion does not establish a categorical rule of law holding co-tenancy provisions always, or never, enforceable. Instead, it illustrates that the determination whether a co-tenancy provision is unconscionable or an unreasonable penalty depends heavily on the facts proven in a particular case.”

As illustrated by these cases, co-tenancy provisions may have unpredictable and potentially disastrous consequences. From the landlord’s perspective, it might be easy to say that co-tenancy clauses should be avoided altogether. However, a landlord may have no choice but to concede the issue in order to attract “appropriate” new tenants who may be unwilling to take a risk in a new (or weak) center without such a provision. Assuming that they cannot be avoided, there certainly are techniques that can be used to help minimize the adverse financial impact of a co-tenancy clause while at the same time remaining fair to both parties. While not exhaustive, some of these are as follows:

By their nature, lease co-tenancy provisions deal with uncertain future events over which the parties may have little control. The Kleban Holding and Grand Prospect Partners cases provide modern day reinforcement for the proposition that the draftsperson must take great care in attempting to bring certainty into an unpredictable arena. 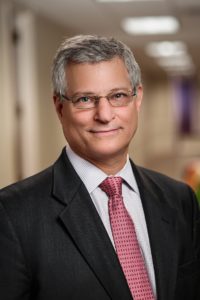