A decision was recently issued by the Connecticut Appellate Court affirming a dismissal of a dental malpractice case based on Conn.Gen.Stat. § 52-190a. The Appellate Court held in Carpenter v. Daar that a supplemental affidavit from the author of the expert opinion letter cannot be used to cure a deficient opinion letter. Rather, only a properly filed amendment to the complaint can be used to correct a legally insufficient opinion letter. This is new appellate law on the issue, and likely will be useful for the defense in other cases. The Appellate Court previously had held in Peters v. United Community & Family Services, Inc., 182 Conn.App. 688 (2018) that a deficient opinion letter cannot be cured after the statute of limitations has expired. Attorney Beverly Knapp Anderson of Neubert, Pepe & Monteith P.C.’s Hartford office briefed and argued the appeals as well as the underlying motions to dismiss in both actions. 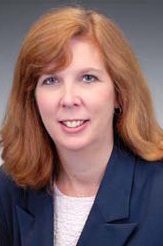 Beverly Knapp Anderson’s practice is devoted exclusively to civil litigation at both the trial and appellate court levels. Attorney Anderson focuses on the defense of professional liability and employment law claims. She represents employers in various professional liability claims, including discrimination, whistleblower and other types of retaliation claims, sexual harassment, hostile work environment, and wrongful termination. She also represents health care providers in the defense of medical malpractice claims, in disciplinary and licensing proceedings, and in audit claims.