Assignment for the Benefit of Creditors: The Liquidation Tool Connecticut Should Adopt

by Lucas B. Rocklin

Under Connecticut law, when a borrower defaults on a loan, a lender has one or more of the following options: the lender can negotiate a workout if feasible, liquidate any loan collateral if the borrower is cooperative, commence a lawsuit to recover any loan collateral and/or obtain a money judgment, or possibly force the borrower into an involuntary bankruptcy. Borrowers have the additional option of filing a voluntary bankruptcy, which happens frequently when borrowers are faced with aggressive lenders. Each option can be beneficial in the appropriate situation, but all too often a post-default “cat and mouse” game ensues between the lender and borrower that often leads to both parties being less than satisfied with the end result.

An Assignment for the Benefit of Creditors (ABC), provides another option that is often advantageous to both lender and borrower. ABC is a method of winding down a failed and no longer viable business. It is similar to a bankruptcy liquidation, but has the advantage of avoiding the delay, expense, unpredictability and stigma often associated with a bankruptcy proceeding. A liquidation of a failed business through the ABC process can result in greater recovery to the lender and less loss to the borrower. Authorized under state law, and done with or without court oversight depending on the law of the state, ABC laws have been adopted by a majority of U.S. states including California, Massachusetts, Illinois, and Florida. Connecticut has not adopted the ABC liquidation tool but should.

Here is how the ABC process works. The borrower is the assignor, who assigns and transfers title to all of its assets to a third-party assignee who liquidates the assets in a fiduciary capacity for distribution to the borrower’s creditors, similar to a bankruptcy trustee. Assignees are experienced liquidation companies and the assignment is done through a contract between the borrower and assignee and includes the assignee’s fee, which can be a flat payment, percentage of the assets sold or a blend of the two. Frequently with the input and consent of the secured lender, the borrower selects an assignee who has expertise in liquidations involving the borrower’s industry. The borrower and secured lender are largely able to predetermine how the sale of the borrower’s property will occur prior to the assignment. This is preferable to a Chapter 7 bankruptcy, where a trustee is appointed at random who may not be familiar with the borrower’s industry or the most effective way to sell the borrower’s assets.

The assignee takes the borrower’s property subject to all creditor claims, secured and unsecured. The assignment does not cause an “automatic stay” to stop creditor collection efforts, as is true under bankruptcy law, although the assignee can settle and defend creditor litigation. In reality, most creditors welcome the assignment as a way to avoid having to complete a foreclosure for example, and because the borrower’s assets have been transferred to a third-party assignee who has expertise in liquidating businesses of the borrower’s type. The assignee can also dispute and negotiate claims that are filed with the assignee and can seek to recover preference payments and fraudulent transfers as allowed under state law, similar to bankruptcy trustee.

The ABC process can be an efficient and cost-effective way to wind-down a failed business. It avoids the post-default “cat and mouse” game that frequently occurs between lender and borrower in Connecticut. The ABC process can also be completed without the delay, expense, unpredictability and stigma often associated with a bankruptcy proceeding. It is time for Connecticut to adopt the liquidation tool of ABC.

Disclaimer This article is for educational purposes only and to give you a general understanding of the law, not to provide specific legal advice. No attorney-client relationship exists by reading this article. This article should not be used as a substitute for legal advice from a licensed professional attorney in your state. 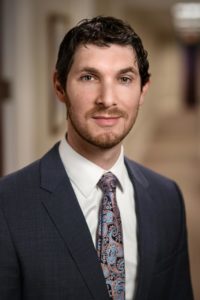 Lucas B. Rocklin is a creditor rights attorney. He has extensive experience in representing financial institutions and creditors in workout and litigation matters (commercial and consumer) including collections, foreclosures, bankruptcy and landlord-tenant litigation. Attorney Rocklin also practices labor law including collective bargaining agreement negotiations and arbitrations.